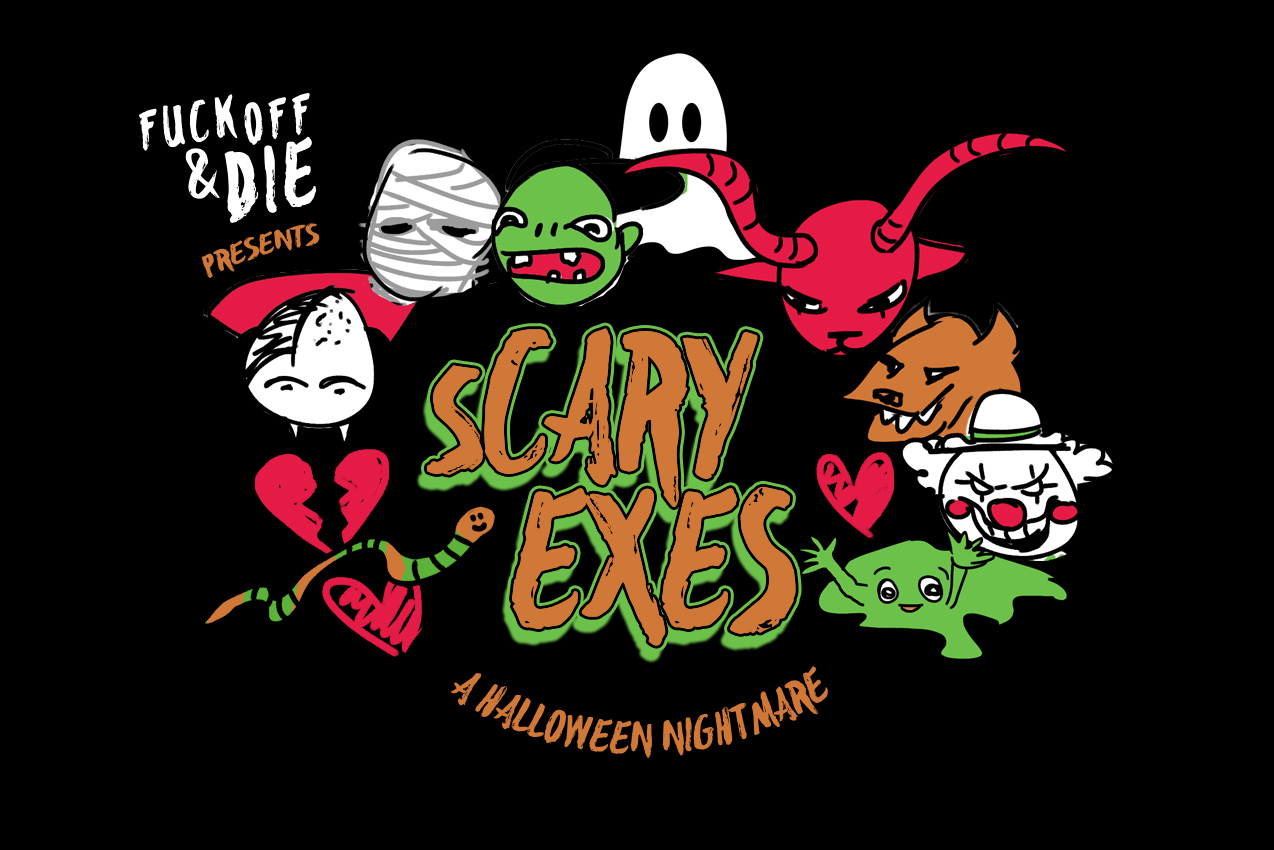 This dickhead rises from the dead around the same time you start feeling good. Zombie dude wants all the perks of a girlfriend without having to do anything. Fuck zombie guy (actually don’t). #hey #hey #heeeeeeeeey

The crucifix of the matter is, this blood-sucking creature gets his power from draining yours. His inflated ego needs to be constantly fed, at the cost of your life force. Soon, there’ll be very little left of you. Those bite-size putdowns sure do take their toll. #narcisisstssuck

The whole relationship started like a dream, then a full moon came and he changed into an aggressive dickhead. He apologised though, and you gave him a second chance. Things were good until the next full moon.

Didn’t you used to have friends and hobbies? Emotionally abusive dudes love snuffing out a woman’s light. #unawarewolf #itsdarkoutthere

You dated once and now he’s a stage 11 clinger. You say you’re not keen, but he continues to send you open ended questions on the daily. You blocked him, now he’s messaging your friends and family and showing up at the café he knows you like. Green goo may need a restraining order.

Things were going well until he ceased to exist. Is he dead? #RIP

‘My mum doesn’t do it that way’. ‘Let me ask mum before we make any decisions about this.’ Why. Don’t. You. Fuck. Your. Mum. #mamasboy

You may not have biological children but somehow you’re the mother of a grown man. He seemed deep and artistic when you met. Over time you realised he’s a freeloading cheapskate addicted to video games, weed and borrowing your money. You’re an objective goddess. #run

No matter how old he gets he’s still fucking 18-year old’s. This old man thinks virgins are a legitimate preference, but really he’s just terrified of his inadequacies as a lover. It’s creepy. He’s creepy. Should you call the cops? #40not20 #freecandy

Charms you hard at the start, then gives you just enough attention to keep you around. He’s probably fucking multiple women or maintaining another family in Albany. No matter how objectively crap he is, Devil guy always has a justification, or he blames you for his behaviour. This master manipulator is not worth a micro-second of your time. #gotohell