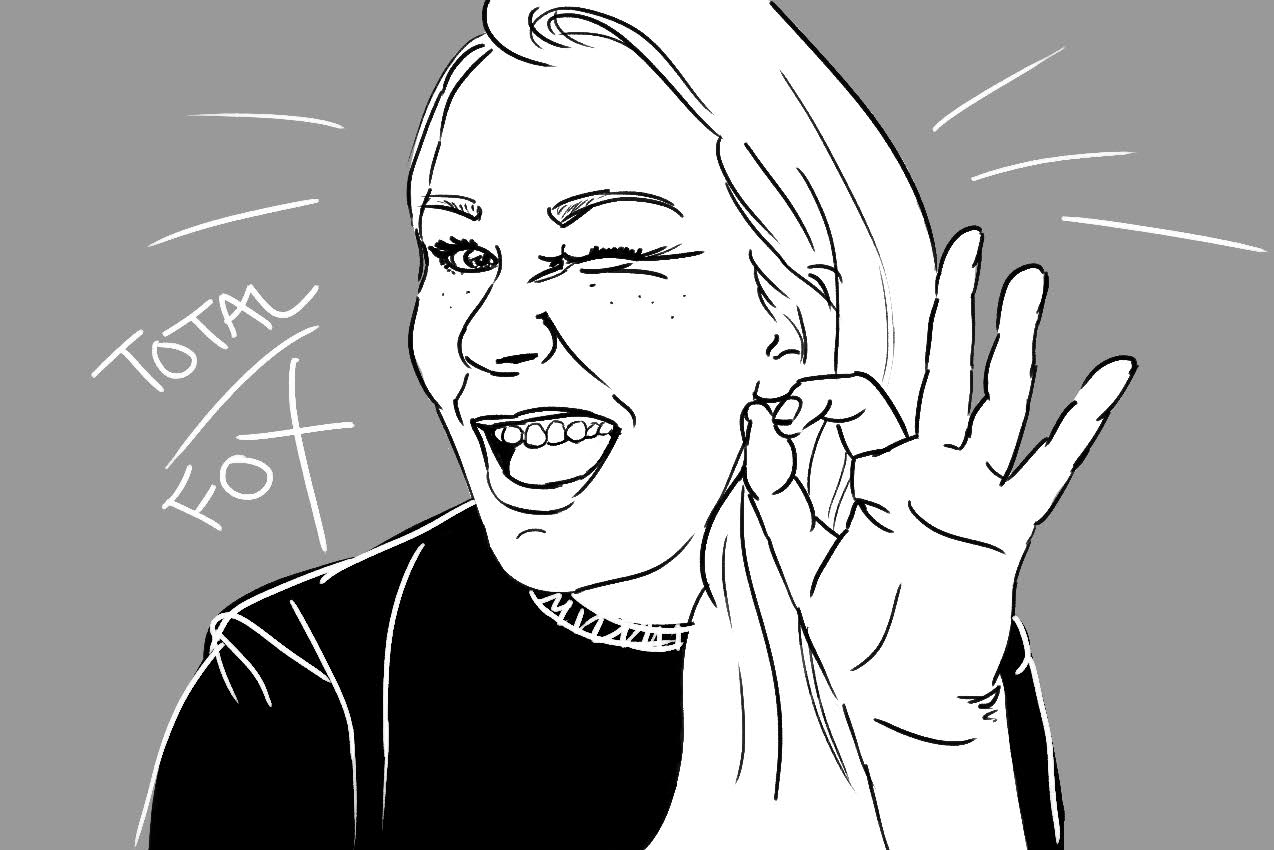 This Friday at the Aardvark, bitchin’ babe Shannon Fox is celebrating her divorce – with a bunch of bands, a recorder choir, a pimpin’ pussy photo booth and other surprises best loved IRL.

Shannon is a beach bum, a book worm and really likes the dance machine at Time Zone.

In the night-time she moonlights as a DJ. Other times she sheds her skin to play in Bad Nutrition, a tongue in cheek band with actual hooks, and like most art rooted in comedy, actual truths.

Shannon is also divorced, after getting separated at 27. Finally, a bunch of years later, she and her ex made shit legal.

When Shannon mentioned she wanted to throw a party to celebrate this, her band mates demanded they write a song. They did. (And it’s really good.)

I spoke with Shannon about the art of throwing an epic Divorce Party and why break ups do not equal failure.

What made you want to make a party to celebrate your legal un-binding?

It started with a dress. I had a fabulous gown and I wanted an occasion to wear it, so I decided a Divorce Party was only appropriate. It seemed like a silly idea, but the more I thought about it, the more I thought divorces should be celebrated. The actual divorce took years for us to get to, so I must admit I wore the dress already to a charity ball – but now it’s final I want to celebrate!

How did you feel once the divorce was finalised?

Relieved. It had become one of those things on my to do list that I just never got to. It’s not easy and it’s not cheap, so I kept putting it off. I think it also felt like untying that final string that connected my ex-husband and I, which was hard to do a first. But once complete it was freeing and liberating and funnily enough, I think we get on better now it’s finally, legally, over.

How do people react when you say you have just been divorced?

Funnily enough, I often get, ‘I didn’t even know you were married!’ It’s been that long! My favourite response is a high five and a congratulations. A couple of people have seemed shocked, especially since I am having a party to mark the milestone, but I’m quick to explain it’s for the best.  I guess it depends on what importance people place on marriage.

How does this make you feel?

I think it’s sad when people can’t see the humour in the situation. Rather than grieve, why not celebrate? I already had my time being sad about it. I actually let him know the divorce was finalised over the radio, which again, some people thought was a bit shocking, but I thought [it] was hilarious. So did he! I’m not heartbroken anymore, neither of us are, so there’s no need to feel pity. Let’s party!

What would you say to anyone contemplating a breakup?

You’re not a failure for ending a relationship, no-one will judge you for moving on, and only the people inside the couple know what is really going on.

I felt like such a loser when we broke up, like I was unlovable, but also like I had let everyone down. I was embarrassed as much as anything. Given time I can see it was the best decision he could make.

I get asked if I will ever marry again and I always say I want five weddings! Because there are so many fabulous dresses to be worn, and parties to be had, and if I did ever actually fall in love again, I could always just marry that person five times over.

Shannon’s Divorce Party kicks off at the Aardvark in Fremantle on Friday 12th July. Flail like a legend to Bad Nutrition, Gazey and Special Feelings. Plus 90s bangers by Snak Pak DJz and a special performance by the Sandstorm recorder choir.